How my book, Operation Marriage, became a movie

Blockbusters like Harry Potter, the Hunger Games, or classic favorites like the Lorax or the Secret Garden get to be movies. So was I surprised and delighted when Quentin Lee of Margin Films called me to see if he could make a short movie from my picture book, Operation Marriage. It started with a connection.

Many years ago Howard Fong an actor, showed up at a book signing I did in the Bay area for my first book, It's Who You Know. It was one of those signings where two people show up and it’s such a relief that anyone comes at all. He’s been a friend ever since, always trying to keep me in the know with Asian Americans in media and entertainment, stuffing my mail slot and now my email inbox with articles and links. Howard knew about my book, Operation Marriage (Reach and Teach, 2011).

Some time in November 2013, he emailed me a link to a short video/public service announcement, called the Wedding Plan  about a gay man and a lesbian, who pretend to marry in order to get their parents off their back. The wise mom of the gay man confronts the pseudo-couple urging them to be themselves. I was impressed by the production values of the video, the honesty of the acting, and its authentic message. I’m not gay (though I sometimes call myself a wannabe lesbian!); I’m a straight ally. As a Chinese American and a Sinophile, I loved seeing this video set in contemporary China.

I sent the link to the Wedding Plan video to the Lambda email list, the Oracle LGBT network. For those who don’t know, I’ve worked as a technical writer or publications manager at Oracle and Sun Microsystems (acquired by Oracle) for over a decade. I thanked Howard for sharing Quentin’s video with me and didn’t think further about it.
Several weeks later, I got a call from Quentin. I remember it clearly because I was not at home in California, but in DC with my father, right after the passing of my mom. Quentin loved the book and asked me if it would be OK to make a movie of it. I was thrilled, of course, and told him I had to talk to my publisher, Reach and Teach. The owners of Reach and Teach, Craig Wiesner and Derrick Kikuchi, agreed it would be a good thing for the book and contacted Quentin.

Quentin put the book into a script and along with Brad Stocking made a few minor changes. He created a web site on the movie project operationmarriagemovie.org. Quentin recruited producer Alan Reade and they drove up to Palo Alto from Los Angeles to shoot a promotional video in my house.

Since my house was being remodeled, I asked the family, the Merkle-Raymonds, on whom the book is based if we could use their house. Kathy Merkle-Raymond, daughter Alex, and I were interviewed for the promo video. I was touched by what Alex said in her interview, something like: “If everyone else’s parents were married, we wanted our parents to be married. We thought we were normal until Prop 8. That’s when some people said we weren’t normal. We just wanted our family to be accepted like everyone else.” 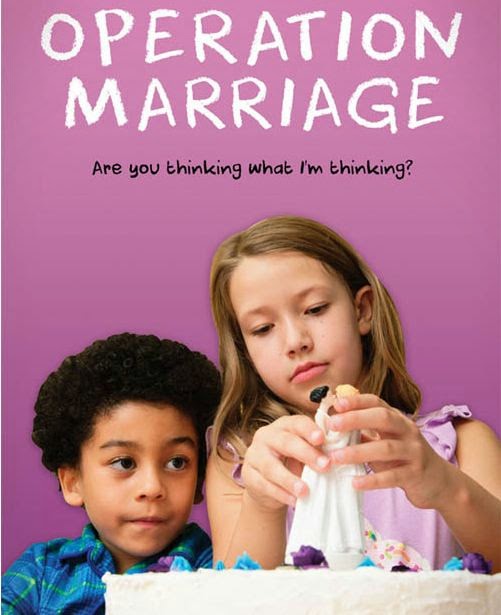 My sister was among the first of my family and friends to call me and to donate. Some friends and family emailed me with a terse note that they were not interested in the project. Translation: they didn’t approve of marriage equality. Those folks were far and away the minority.

Thanks to the many people who donated and worked on this labor of love, the movie (a short) premiered in Los Angeles at the send of September 2014.

Want to know more about the making of the movie? See Quentin's blog about it:
http://youoffendmeyouoffendmyfamily.com/book-to-screen-operation-marriage/

See the Facebook page for photos of the LA premiere and the Palo Alto showing and more:
https://www.facebook.com/operationmarriage

Posted by Cynthia Chin-Lee, Author and Speaker at 9:38 PM 2 comments: 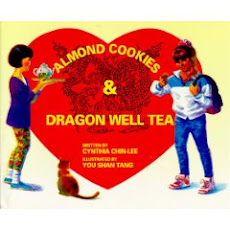